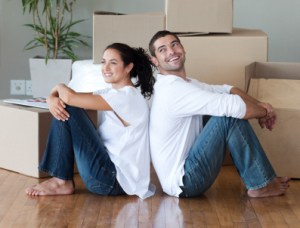 Breaking News!  Here’s a real time update on Parent and Partner Visas, as a result of some action today in Australia’s Parliament.

For the last two years there has been a significant piece of legislation before Australia’s parliament, which has a significant impact on Parent and Partner applicants.  The Migration Amendment (Family Violence and Other Measures) Bill 2016 has now been passed by the Senate, just a few minutes ago, and this is now the final step before the Bill will become law, probably within the next week.

Here’s how the Bill will affect people planning to lodge a Partner or a Parent visa.

Currently, a partner visa application is lodged and paid for first, and then the associated sponsorship from the partner, is lodged as a second application.  When the new law commences, it will be mandatory for the Sponsor to be approved in advance of a partner visa application being lodged.  Sponsor approval in the main involves character checks and clearances from any country where the sponsor has lived for more than a year.  The sort of character matters which may require further departmental consideration prior to approval of a sponsor would be violent offences, paedophilia and other sexual offences.  Further, any such offences would have to be declared to the visa applicant as part of the process.

Should a sponsorship be refused under the new law, it will not be possible for the visa applicant to lodge a partner visa.

While the vast majority of our clients will not be affected by this, as their Australian partner does not have anything like this on their police record, we can envisage the new process becoming a potential timing issue for people who wish to lodge an onshore partner visa.  It will take additional time to obtain sponsor police clearances and go through the required sponsorship process, prior to being able to lodge a partner visa.  Therefore, it could adversely affect someone whose visa is expiring and who wishes to lodge a partner quickly visa to remain lawful.

The Department of Home Affairs does not yet have any idea of how long the clearance process will take for sponsors; as with all character checks, this is dependent on a range of variables.

If you are in the process of lodging a Partner visa, we strongly recommend you seek professional advice as to whether you should lodge the visa application as soon as possible, to avoid the new legislation.

~ If you have already lodged a Partner visa application, you should not be affected by the changes. ~

The Bill also paves the way for the introduction of the long-awaited Temporary Parent Visa.  This will be a five year visa, which does not require the Balance of Family test to be met.  Parents of Australian permanent residents or citizens will be able to apply for this visa, and it can be extended once, to allow a total stay of 10 years.

Our understanding is that work will not be permitted on the visa, and the applicants will need to hold private health insurance.

We have many clients waiting anxiously for news of this Visa, and we are pleased to see this initiative come closer to fruition.    As soon as full details are available we will be compiling a fact sheet to send to interested people.

In an announcement, Minister Coleman announced that the visa would become available in the first half of 2019.

If you are currently eligible for a Parent Visa, and are considering lodging a Parent Visa application of any kind, we recommend that you seek professional advice as to whether you should lodge an application as soon as possible.  When visa subclasses are discontinued, there is usually very little notice given.

~ If you have already lodged a Parent Visa application, you should not be affected by the changes. ~

Please contact us at Emergico if you would like to discuss either the new Parent Visa, or an existing Parent or Partner Visa application.