What happens when a Visa Holder has a Baby? 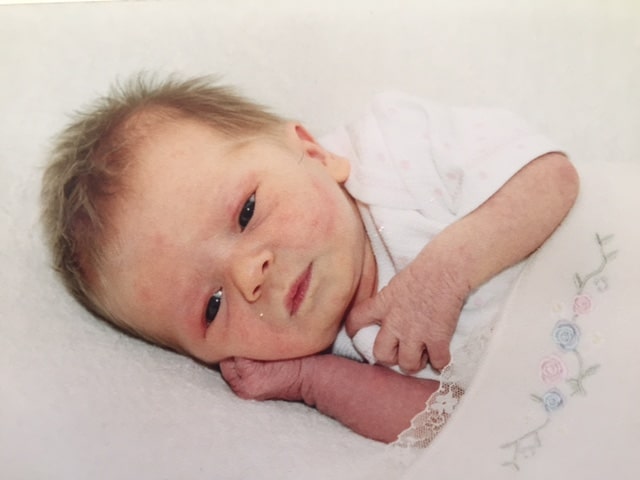 You’re in Australia on a visa, and your baby is born.    Does the baby also need a visa???

This is a pretty common question and it’s surprising how many people don’t know the answer.   And, don’t understand what they have to do when the baby is born.

Here is your definitive guide to Babies and Visas!

First, a bit of ancient history

In years gone by, any child born in Australia was automatically entitled to Citizenship – regardless of the status of the baby’s parents.    This led to a situation whereby a child would potentially have more rights in Australia than their parents, if the parents were temporary visa holders, or unlawful.     And, it also gave rise to a situation where a person could enter Australia with the express intention of having a baby onshore, so that visa options for the parent(s) might arise, such as sponsorship for a parent visa.

Interestingly, the USA still, to this day, has citizenship as a birthright.   As recently as  last week the US President boldly announced he plans to change this by way of an “executive order”.

In Australia, we abolished birth rights in around 1986.   Now, if you’re holding an Australian visa it’s pretty important to know what the visa situation is for your new addition, so that you don’t accidentally make things complicated for yourself or the baby.   After all, when you’ve had a baby your world is turned upside down anyway – few people think about their visa while dealing with sleepless nights, crying babies and hormonal changes!

What is the legal status of a baby born in Australia?

Similarly, if one or both parents are Permanent Residents of Australia, the baby is also entitled to citizenship straight away, and in some cases will beat their own parents to the coveted Aussie passport!

This does not apply, however, to children born outside Australia to permanent residents.  These people cannot add a  baby to an already granted PR visa; and so the correct visa for the baby is a Child Visa.   Given that right now, a Child Visa can take between 11-19 months (!) to be processed,  it makes for a very difficult transition if those parents wish to move quickly back to Australia.  Best advice is – if you are a permanent resident, give birth in Australia if you can!

When parents are both temporary residents  – holding, for example, a Temporary Skilled work visa, or Student Visa – or a certain Provisional visa, such as a Subclass 489 Designated Area Provisional  – the baby is deemed by operation of law to hold the same visa as the parent at the time of birth.    While you don’t need to actually make application for the baby’s visa, you MUST notify the Department of Immigration as soon as the baby’s documents are available – birth certificate and overseas passport – so that the visa can be attached to the child’s passport.    There is no cost associated with this.     In the case of a Provisional Visa, which leads to a permanent residency outcome, the child will then hold the correct visa so they can be included in the parent’s PR visa application.

If you need to travel overseas after the birth of your baby, it’s vital that you make sure all is in order before you leave.    Otherwise, you might find that your child is deemed “unlawful” and unable to re-enter Australia if you have not notified the Department of their birth – a nasty shock.

A living example of how things can go wrong.

Here’s a real life example, from one of our recent cases.   The UK-citizen couple held a Subclass 489 – Skilled Designated Area Provisional – Visa, and gave birth in Australia while on that visa.   The baby was, therefore, a citizen of the country of citizenship of his parents – UK – and entitled to a UK passport.

Upon birth, their baby was actually deemed to hold the Australian 489 visa.  But they were not aware that they had to alert the Department to the baby’s existence, so the visa could be attached to the baby’s overseas passport.

When travelling home to the UK  for Christmas, they were stopped at the airport by Customs Officers and advised that the baby did not hold a visa, and they would need to rectify this before returning.    In the UK, they asked for advice and were told to apply for a Visitor Visa for the baby, to allow the baby back into Australia, and then to seek evidence of the 489 visa when back in Australia.

Unfortunately this advice proved horribly wrong.   The grant of a Visitor visa to the baby had over-written the existing Subclass 489 visa which the baby held.   And, after this, it was impossible in law to make a new application for the Subclass 489 visa.    To make matters worse, while waiting for an answer from the Department of Immigration, the baby accidentally became unlawful as the visitor visa expired!

Our clients were in a situation where their baby had to hold the same visa as them, in order to be added to the Permanent Residency visa.  As this was now impossible, the only way forward was to wait for the parents to become permanent residents, and then apply for an onshore child visa, at a cost of several thousand dollars.

What should have been a very simple and cheap process for them – to add their new baby to a permanent residency application – became very complex and time consuming.  All because of some wrong advice and not keeping the Department updated about their change in family composition.

Professional migration advice is essential when you have a situation like this!

If you have questions about a baby born in Australia, talk to the experts at Emergico Migration.