DAMA – Your Ticket to Australia?? 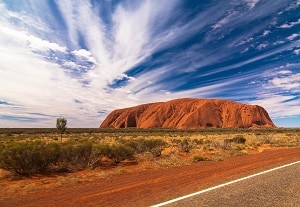 In the last week, at Emergico we’ve been inundated with calls from people who have discovered a new way to enter Australia – and want help to make it happen for them.   Baristas, personal care workers, childcare workers, truck drivers, tour guides – you name it – lots of willing workers without occupations on the Skilled or Sponsored lists.

The reason for the influx of inquiries is that the media has started reporting on the Designated Area Migration Agreements – DAMA’s – and in a simplified way, describing how they offer opportunities now to people who before could not get a visa.   (After reading the SBS article, one caller even insisted that there was a new “Subclass 117” Visa that we should know about!)

Let’s find out what a DAMA is, and whether there’s any truth in the hype.

What exactly is a DAMA?

In the Minister for Immigration, Citizenship and Multicultural Affairs’ recent speeches, he has indicated that Australia has a problem with population growth in the major cities, and a corresponding lack of workers in regional areas.   A solution that has been proposed is a series of DAMA’s around Australia.

A DAMA is, in simple terms, a special migration deal which can be negotiated by the local or state government of a specific geographical area of the country which has unique or emergent labour market needs.  The DAMA allows approved businesses in the area to sponsor workers.    The benefit of the DAMA is that there might be additional scope for occupations which are normally not “skilled” enough for migration.  The DAMA can also offer exemptions, such as a concession on the minimum salary payable, and the level of English required.

The idea of a DAMA is not completely new.  There has been a DAMA in the Northern Territory for 3 years now, and it has recently been updated tp include a permanent residency pathway for visa holders.     A new DAMA for the Warrnambool area of Victoria, is in final stages of negotiation, and we expect occupations to be announced soon.     We also understand that a DAMA for the Orana region of New South Wales is being considered.

The selling point is that local and state governments, who are the best positioned to advise on chronic local labour shortages, can positively influence the mix of skilled migrants that settle in their area.

How does it work?

It’s not an easy or quick process to access a visa under the DAMA.    Once a DAMA is negotiated, a business who wishes to employ people under the DAMA, must apply to the Government for a Labour Agreement.   This is a fixed term, individual agreement in which the Government checks the business’ claims that they cannot find local workers and there is a genuine need for the workers.

Once the Labour Agreement is in place, the business will then be authorised to lodge a specified number of Subclass 482 nominations using the concessions of the DAMA; and their proposed employees can lodge Subclass 482 visa applications.

Effectively there is another layer of approval thrown into the process under a DAMA, because businesses need to apply for a Labour Agreement, which is a substitute for being a Standard Business Sponsor.

I’m a Barista.  Can I get a Skilled Visa in Northern Territory because my occupation is on the DAMA?

No – the DAMA cannot be used for independent or state sponsored skilled migration.  It is only for employer sponsored migration, meaning that you would need to have a sponsored job offer from one of the businesses which has been approved for a Labour Agreement under the DAMA.

For this reason the DAMA is not going to be the panacea for migrants that many people think it will.  It’s quite difficult to find an employer sponsor; and even more so, when you are outside Australia.

While it’s being heavily promoted at the moment and generating lots of interest, we don’t envisage the DAMA’s providing widespread opportunities for offshore people to come to Australia.   It’s difficult enough to find a job from offshore; and it seems likely that many employers will pick up lower skilled workers, perhaps from people on working holiday visas, or other people who are already in Australia. DAMA’s may, however, lead to targeted international recruitment campaigns when there are significant skill shortages in a certain place.

The current Minister views the concept of a DAMA as being integral to meeting the need for targeted skilled migration into Australia.  Expect to see a lot more DAMA’s, and a lot more focus on the employer sponsored side of migration.

We’ll be watching with interest to see how the DAMA’s work and no doubt the Government will be keen to review outcomes as the program rolls out.