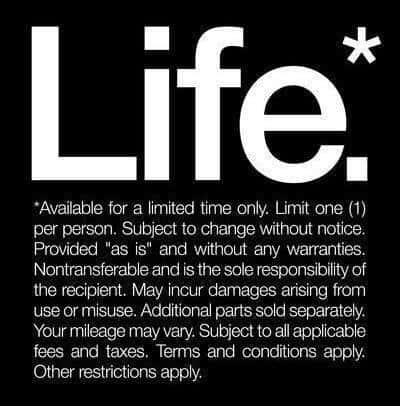 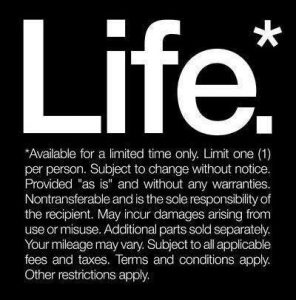 The New Year is a time for reflection; and planning for what’s ahead.   In many professions, past performance is an indicator of probable future performance. But not so much in Australian migration.

Through the whirlwind of last year, with massive changes and disruptions to the migration program, what I’ve learned is that 2017 was a whole lot different to 2016; and I know 2018 will be different again.

As a migration agent who deals with many, varied cases (1,387 in 2017, to be precise), I’m lucky to have a broad perspective on visas and the macro trends I see creeping in to the profession and influencing the outcomes for our clients.

And, the person most affected by these trends will be you, the person who wants to call Australia home.

After all, it’s your life, your future.

1. Get used to the word “Provisional”.

Many people hang out for the 189 – Skilled Independent – visa.  The platinum card to Australia.  Come in as permanent residents; do whatever you like; there’s no need to even work in your skilled occupation.  Get Medicare, free child education, and become eligible for various government benefits over time.     Although the majority of 189 visa holders enter Australia, become well established, and work in their skilled occupation, many don’t – and some don’t come to Australia at all!

Second choice is the State sponsored permanent visa 190 – come in to your chose state and same deal as above.     After 2 years, you’re free to live wherever you like.

Then there’s the Subclass 489.  Find a regional area; apply for the 489 through a participating State or with a family sponsor; and then spend 2 years living and working in the area.  Then; apply for permanent residency as a separate, streamlined, cheap application.

It’s called a Provisional Visa, because it is temporary, but has a definite pathway to residency if you meet the specified conditions.

Many people baulk at the provisional 489.  It’s considered a third-rate solution, and usually attempted only by people who can’t otherwise qualify for a permanent visa, and who need the 10 points to top up their allocation.

But what would you do if a Provisional visa became the only option for realising your dream?

There’s a very real possibility, in my opinion, that this will happen, and sooner rather than later.   The Government has hinted several times that they consider everyone should have a provisional visa before a permanent one.

Who wants to try before you buy?   Most of us, these days, in everything.    We don’t even buy a bottle of wine from a vineyard without trying it first.

Well, the Government thinks it’s time Australia had a “try before you buy” for migrants.    Australia wants to get skilled people here who can prove that they will contribute to the areas that need them.   Cities are swelling; and housing is becoming unaffordable.  The Regional areas need a boost and that comes from skilled labour.   If Australia can try you first, and you don’t work out, they can send you back.

“Provisionality” is not a new concept. Most partner visa applicants have a “try before you buy” period for 2 years after grant.   Temporary work 457 visas leading to residency, is another example.  It means a residency pathway is available – but you must do something to earn it.

What are the main complaints about the 489?   “I didn’t really want to live in Darwin/Adelaide/Tasmania, I have friends in Brisbane and want to be there, I can’t afford to pay school fees for my children” – etc etc.      Thoroughly investigate what you are getting beforehand.  Will you definitely have extra costs?   In some places yes, in some places no.   If you can’t afford certain things; can you afford the move at all?

Funnily enough, most of the objections raised to the 489 seem to come from people BEFORE they get it.  I’ve helped many people transition from 489 to residency who have no intention of leaving their new home in the regional area, they are quite settled and like it so much.

If I desperately wanted to move to the United Kingdom and my only option was to spend 2 years in an area I hadn’t previously considered – but the trade-off would be that in 2 years I would be free to live permanently anywhere in that beautiful country, would I do it?  Hell yes!  I might just enjoy it, and even if not, 2 years goes in the blink of an eyelid.  Who doesn’t remember what happened in January 2016 as if it was yesterday?

If anyone is in doubt about the trends in skilled migration, you need only look at the results for visa invitation rounds since July 2017.   Granted that the December figures take into account only one round, and the others two; however the trend is still disturbing.  The minimum invitation points score in December was 75 for the 189; and 85 for the 489 – meaning that only the “cream of the crop” had an invitation.

My top tip:  Get in quickly while you still can; take what’s on offer and make the best of it.  Don’t be put off by provisional visas. The door is at least open! 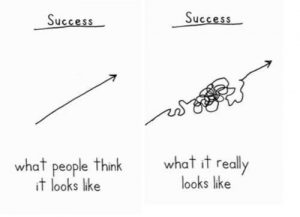 The last ten years has seen unprecedented and unexpected demand for a life in Oz.   Department of Home Affairs systems are heaving under the weight of applications and balancing processing with increased character, health, and integrity checks.     Processing times have blown out as they can’t keep up with demand.

While I’m sure the country is benefiting from the additional visa application charges, like any government department, Home Affairs is under pressure to do more with less resources.

Reforms to the whole Visa program are in place, but don’t expect anything to be processed quickly.   Don’t sell your house or make life changing decisions based on expectations of quick processing times.   If you do get a quick result – consider it a bonus.

3. Compliance is the new Black.

Until recently, I’d say most people experience the greatest stress/problems in getting their visa; and a much smaller percentage have problems holding on to the visa.

That trend might just be about to turn upside down.

Compliance will become the new “Black”.    Visa application and processing will become “easier” under proposed new arrangements; but the onus of accuracy and honesty will be placed fairly and squarely on the visa applicant, with little margin for error – and huge consequences for getting it wrong.

You might in future find yourselves reaching out to a migration professional, not for visa advice (as we all know you can get information for free on the internet) but for help in fixing a very major headache.

A couple of examples come to mind.

It’s a common thought – perpetuated by social media discussions – that the State requirements for visa sponsorship (ie. remain in the State for 2 years) can be ignored.     Many have little insight into the policy and discussions at state and federal level on this very issue.   And many believe the State won’t notice if they’re not there.

States each receive an “allocation” of visas which they can sponsor each year.   Departments of State Development are tasked with the responsibility of growing the State economy, leading to jobs, prosperity and success of local business.    Little wonder, therefore, that the occupations which appear on each State list, are specifically targeting shortages that the State knows exist.  They are not plucked from a hat.

There’s little value to the State if they exhaust their visa allocation on visa applicants who subsequently either never enter the State, or leave shortly after arrival.  This results in policy failure.

Compliance extends also to employer sponsored visas, and the need to ensure everyone is working properly and being treated in accordance with fair work standards and their contract.   And, to people on other visas which might not have work rights – such as tourist visas.

A few emergent trends might yield some interesting results in this space this year.   We might see an explosion of compliance related actions initiated by the Department.

Firstly, data matching between Immigration and the Australian Tax Office commenced on December 31, 2017.   Immigration can now see where you are; what taxes you pay; who pays you; and where the business is located.    There’s no hiding from the fact that you got your visa through South Australia 3 months ago and now you’re in Queensland.     Will it matter?  That depends on the visa, and the strength of the legislation – which by the way can be amended whenever the Government sees fit.

The possible application of a Provisional stream to each skilled visa, might be viewed as a good way of strengthening compliance with this requirement.   Of course, that’s speculation on my part.   (I’m not a politician and never plan to be one!)

Secondly, we’ve seen in 2017 a surge in legislative strengthening and policy implementation of “fraud” related criteria.    Public Interest Criterion 4020 now applies to most visas.  This nasty 4 number word means that if you have provided false information to the Department of Immigration, they have the power to refuse or cancel your visa, and this may result in a re-entry ban of 3 to 10 years.

Coupled with the other act-based legislative provisions for cancellation or refusal, the Department now has some awesome powers and the ability to well and truly disrupt your life if you don’t do the right thing while you’re in our beautiful country.

The environment is changing.  The world is changing.  You have two choices.  Do what you’ve always done.  Or, be ahead of the pack.

Want to stay ahead of the pack?  Sign up for our Newsletter so we can keep you updated about Australian migration.  Or – contact us if you would like migration assistance or professional advice.