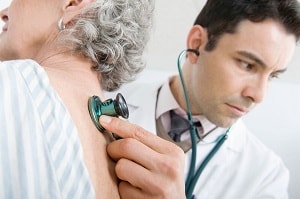 How annoying is it – there’s absolutely nothing (legal) you can do to make the trip any quicker.    The kids just have to be entertained long enough until the wheels stop turning at your destination.

A road trip with feral kids is, however, good training for anyone about to embark on an Australian visa process.    Because you’ll become familiar with all the same emotions and you’ll start to develop some coping strategies that will serve well for both. 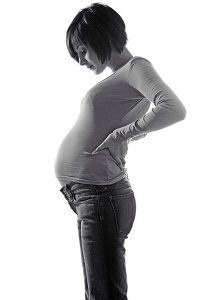 Someone recently compared waiting for a visa to being pregnant.    The difference is, at least you KNOW when the baby will arrive – and you’re usually pretty sure you will get a baby in the end.   Being in limbo “with visa” has no definite outcome and no end date – and the longer it goes, the more uncomfortable you get!

As hard as we’ve tried, we haven’t been able to find a single word which can describe the disease characterised by simultaneous emotions of elation; anticipation, nervousness, anxiety, boredom, itchy feet, fear, trepidation and desire which is commonly associated with waiting for an Australian visa.  So we’ve decided to create one of our own using latin roots.

“Expectancy” = the willingness to wait hopefully.   Throw a bit of anxiety in there for good measure.

Let’s explore AVD in detail and see if we can find a cure!!!

It starts innocently enough, with a growing internal desire to make Australia one’s home.    The patient becomes hooked once they realise what an incredible paradise Australia is; and they start researching and reading about it.  Pretty soon, everywhere they look, they find references to Australia.  (Scientifically, this is probably more to do with sophisticated remarketing techniques in online platforms, which allow advertisers to keep pushing something on you after you’ve done some keyword searches; but let’s not spoil the fun because its better if the person thinks that a higher being is telling them  “it’s meant to be”. )

They then start to talk with friends about it, and gradually get a new group of friends through their common (obsession) interest in Oz.  Pretty soon they don’t have any friends whose names are not “Mate” or “Wacka” or “Sheila”.

Before you know it, they’ve joined online groups and forums about Oz; and it’s on.  There’s no turning back now – the disease has taken hold.     Off to a migration agent to get some help.

Fast forward through the advice and research phase; and now the agent presses the big “PAY NOW” button and simultaneously the online application goes shooting off somewhere into cyberspace; their bank balance plummets; and patience and sanity is about to take a rollercoaster ride.

(Neither bank balance, sanity or patience, by the way, will be the same again for a VERY long time!   Don’t say I didn’t warn you.)

This is the incubation phase of Anxiousexpectancy Visadarum.   As you can see it’s a highly contagious illness and at this stage, patients are advised to stay away from Facebook and online Australia forums, and try to control urges to check their emails every 30 seconds.  And avoid physical contact with people who are happy to stay where they are, in case you infect them too.

Some time after lodging the visa application ( it can be anywhere from 10 nanoseconds to 1 month) you’ll start to get symptoms.    These can include:

How can AVD be treated?

In lucky cases it resolves spontaneously with the quick grant of a visa.

Other times the prognosis is not so good.   As the disease advances, it is possible for people to start acting in antisocial ways and hurling abuse at people who are supporting them – eg, family, friends, migration agents.    One unfortunate case was written up in the Lancet Medical Journal where a person created a voodoo doll in the form of his migration agent.  (fortunately it was discovered before the long suffering agent suffered any real harm).

People have also been referred for medical assessment with differential diagnosis of multiple personality syndrome – angelic one moment and a devil the next, as the disease takes hold.  Wild mood swings are commonplace.

While the Department of Immigration has a remedy on their webpage, the Global Visa and Citizenship Processing Time Tracker; this can actually do more harm than good in some cases.    Many people, in their state of delerium,  fail to realise that this is not PROJECTED times; it is showing HISTORICAL times for processing.

For example it will tell you that IN THE LAST MONTH;  75% of visa applications were processed within x months of lodgement, and 95% were processed within y months.     Neither the Department, nor anyone else, knows how many applications will be received in the future – so they can’t give you an expected timeframe for your application.  That would require a crystal ball.   And Costco had sold out, last time I looked.

People with advanced AVD will regress into the symptomatic phase of the illness after checking the above link for the fourth time in an hour, and finding that the timeframes for their visa type have slipped back.    (Which only really means that last month processing was slower).    But when the updated tracker shows a SHORTER time for a visa – well that can cause a spike in mood and an improvement in the condition.

At Emergico we have a suggested list of non-prescription remedies which may help.   Not all of these will suit everyone.

Basically – like pregnancy, AVD will only ever come to an end when there is a decision on the visa – a birth, in effect.

And then….AVD  will disappear BUT may be replaced with another syndrome which afflicts people who now have the visa but start to get feelings of “oh-my-goodness-what-have-I-done-are-we-really-going-to-do-this….”.    More on that in a later blog.