The News We Have Been Waiting For! Significant Changes to Skilled Migration. 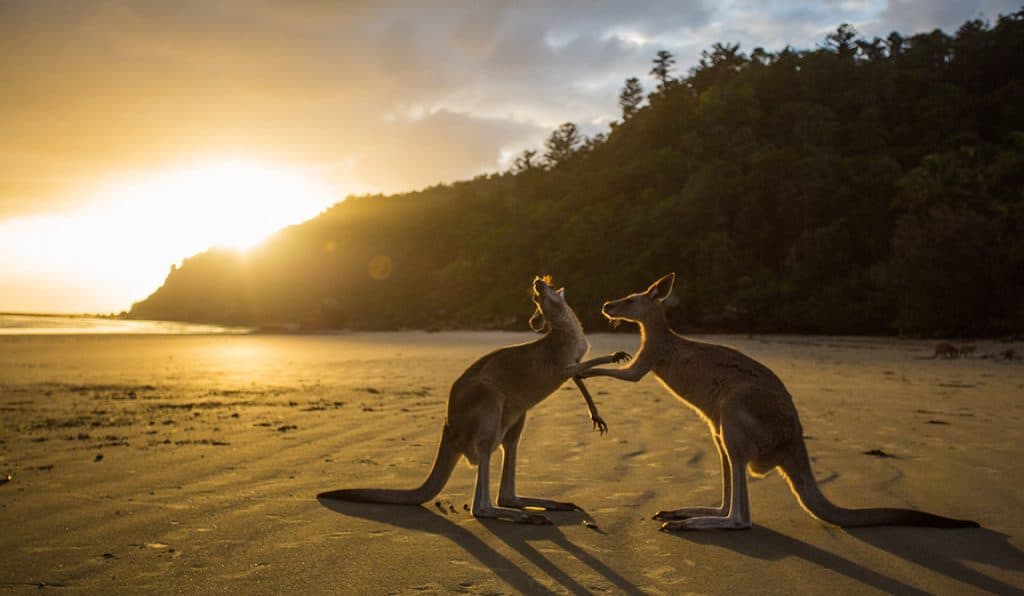 We’ve been harping on for ages about the trend towards regional migration and how it’s going to shape our future in migration.  For a long time now – approximately 2 years – I’ve been encouraging people who contact me, fixated on a 189 visa, to seriously consider migration to a regional part of Australia.  Places which are extremely liveable, but they are not Melbourne, Sydney or Brisbane or Perth.

After this weeks’ headline announcements by the Australian Government, forget the  “I only want to be in Perth” and “I can’t possibly live anywhere apart from Sydney” sentiment.

Officially, the chances of an independent visa allowing unrestricted choice of abode AND permanent residency from grant, are more than halved.  And, your most likely pathway to a blissful life Down Under, officially rests in the regional areas.

What has been announced?

In the last few days the Government has made a number of significant policy announcements.  These are worth exploring in detail, as they may affect YOU, if you are in the process of applying for a visa, or waiting for an invitation to apply.

Significant Announcement # 1. Reduction in Numbers and the Breakdown of the Migration Program 2019-20.

The Government breaks down the 160,000 places on offer into allocations for the various streams.  Here’s the 2019 Migration Program Planning Levels; and a comparison with the 2017-18 ACTUAL allocations: 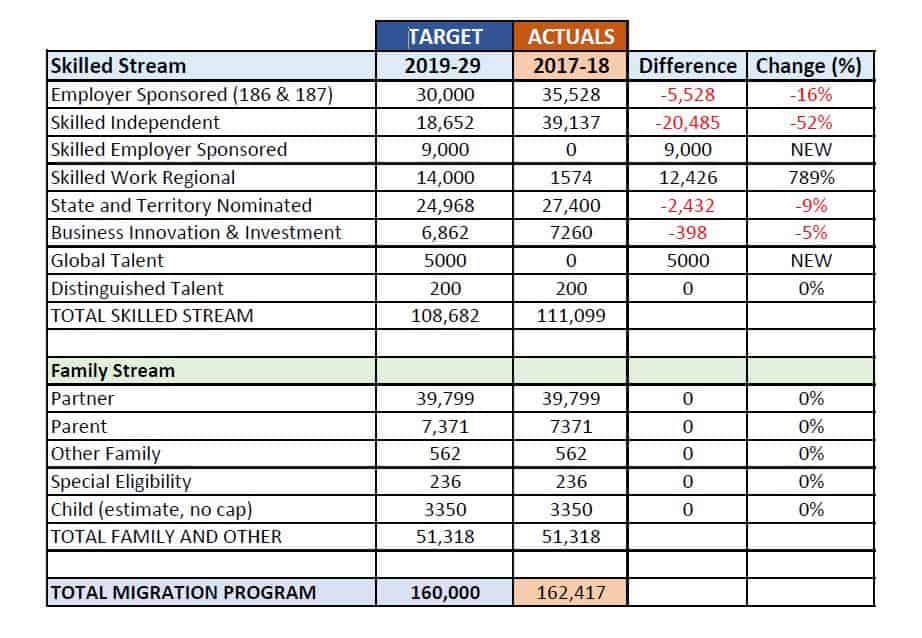 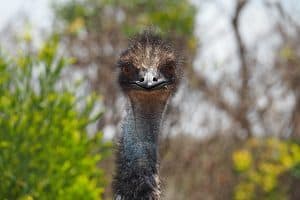 This means, of course, much greater scarcity of the 189, and higher points required for an invitation, and possible pro-rata allocations of some in-demand occupations.

The good news is that the Family Places will remain unchanged from their actuals from 2017-18.

Significant Announcement # 2 – New Regional Visas and the Death of some Old Visas.

One – will be a Skilled – Employer Sponsored (Provisional) Visa – similar to the current TSS Visa (Subclass 482) but specifically for regional areas.  The Visa will require an employer sponsor and will have a pathway to permanent residency after three years.  This visa will have over 700 eligible occupations.

The other – will be a Skilled Work Regional (Provisional) Visa, for people who are nominated by a State or Territory Government, or an eligible family member.  This visa will have over 500 eligible occupations.  There will be some concessions on points, and priority processing of this visa.

Both of these visas will have a pathway to permanent residence from November 2022, under the new Permanent Residence (Skilled Regional) Visa.  This will provide further incentives for overseas skilled workers to remain in the regional areas of Australia. 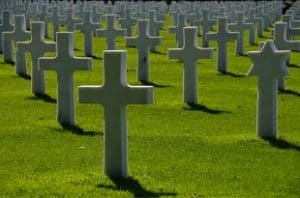 These Visas will cease to be open for new applications from the 1st November 2019.  Until that time, they will be processed as usual.

Transitional Arrangements to Permanent Residency will be available for existing Subclass 489 Visa holders.

Significant Announcement # 3 – Expansion of the definition of Regional Australia

To simplify things, ALL of Australia will be designated Regional with the exception of:

This allows Newcastle and Wollongong, which were previously non-regional, to have access to the new Regional visas.

Over the last couple of years we have observed the jigsaw puzzle pieces slowly fall into place, to enact these significant changes.  Most recently, a couple of weeks ago we saw a swag of occupations added to the Regional Occupation List, which was, in itself, only created a couple of years ago.

Regional Australia has been doing it tough; and an injection of skilled workers could be just what the doctor ordered, to stimulate our regional economies.  There are lots of fabulous and very liveable communities outside the major cities in Australia.  Why not make it a resolution to research them and change your focus?

Contact us if you would like to register interest in the new visas.  Bear in mind that as this announcement is very new.  We do not currently have Fact Sheets or detailed information on the new visas, and we won’t be offering consultations just yet to discuss them.  You could choose to join our mailing list, where we will publish information as soon as it comes to hand.